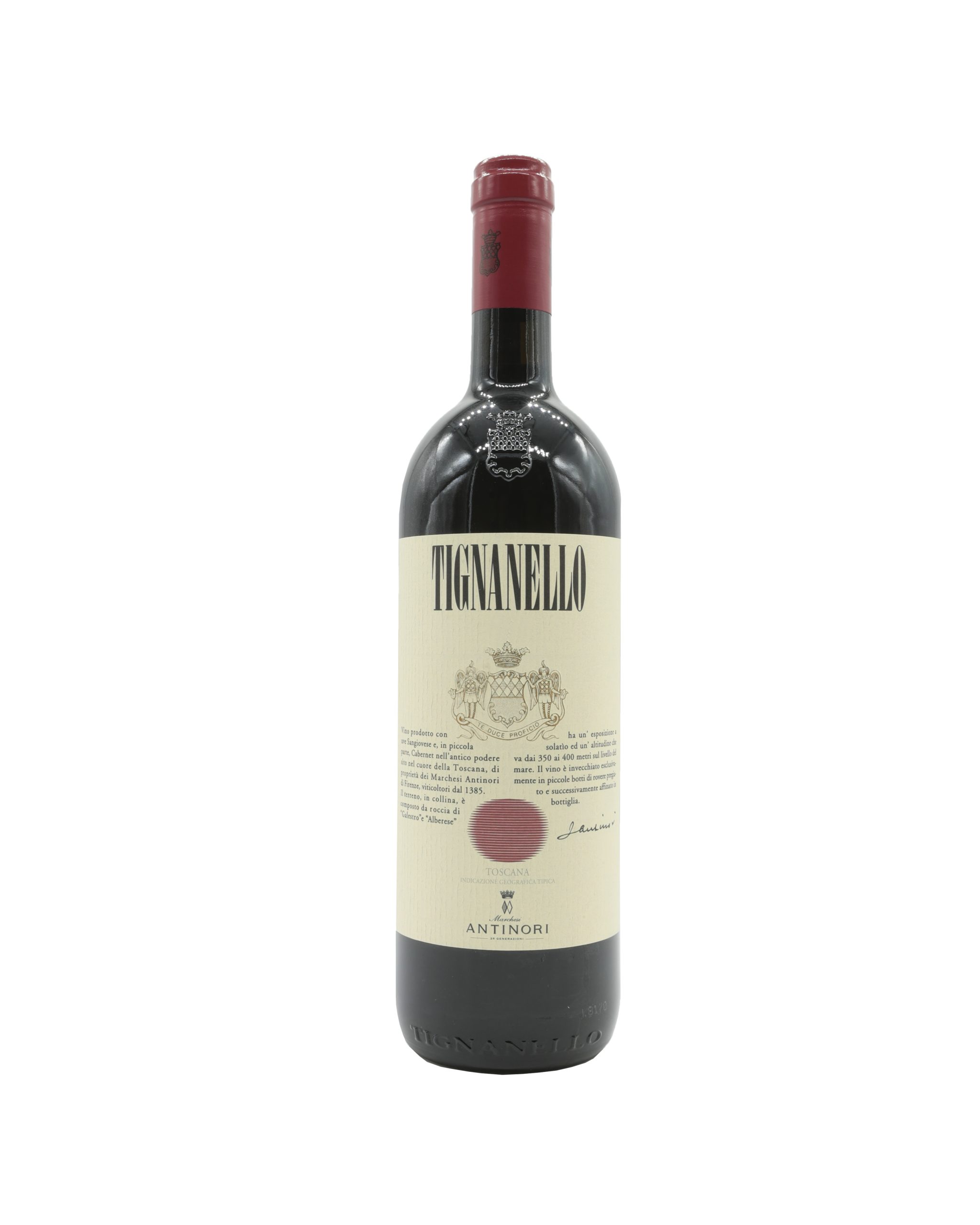 The history of the Antinori family, one of the most prestigious and esteemed winemakers in the wine elite, dates back to the early thirteenth century, when in 1385, Giovanni di Piero Antinori became a member of the “Arte Fiorentina dei Vinattieri”, the Florentine Winemakers’ Guild. In the 16th century, the banker and merchant Alessandro Antinori promoted his wine across Italy and Europe. Throughout many generations, Antinori established its name as a benchmark in Italian wine culture. The family’s heritage lies in their estates in Tuscany and Umbria, however they have invested in many other areas, confirming their passion and perseverance. In spite of their success, Marchesi Antinori have always pursuit for the achievement of higher quality standards. Solaia is surely one of the most represented Italian wines in the world, as well as Tignanello and Pian delle Vigne (Brunello di Montalcino), together with all the other top-quality wines. 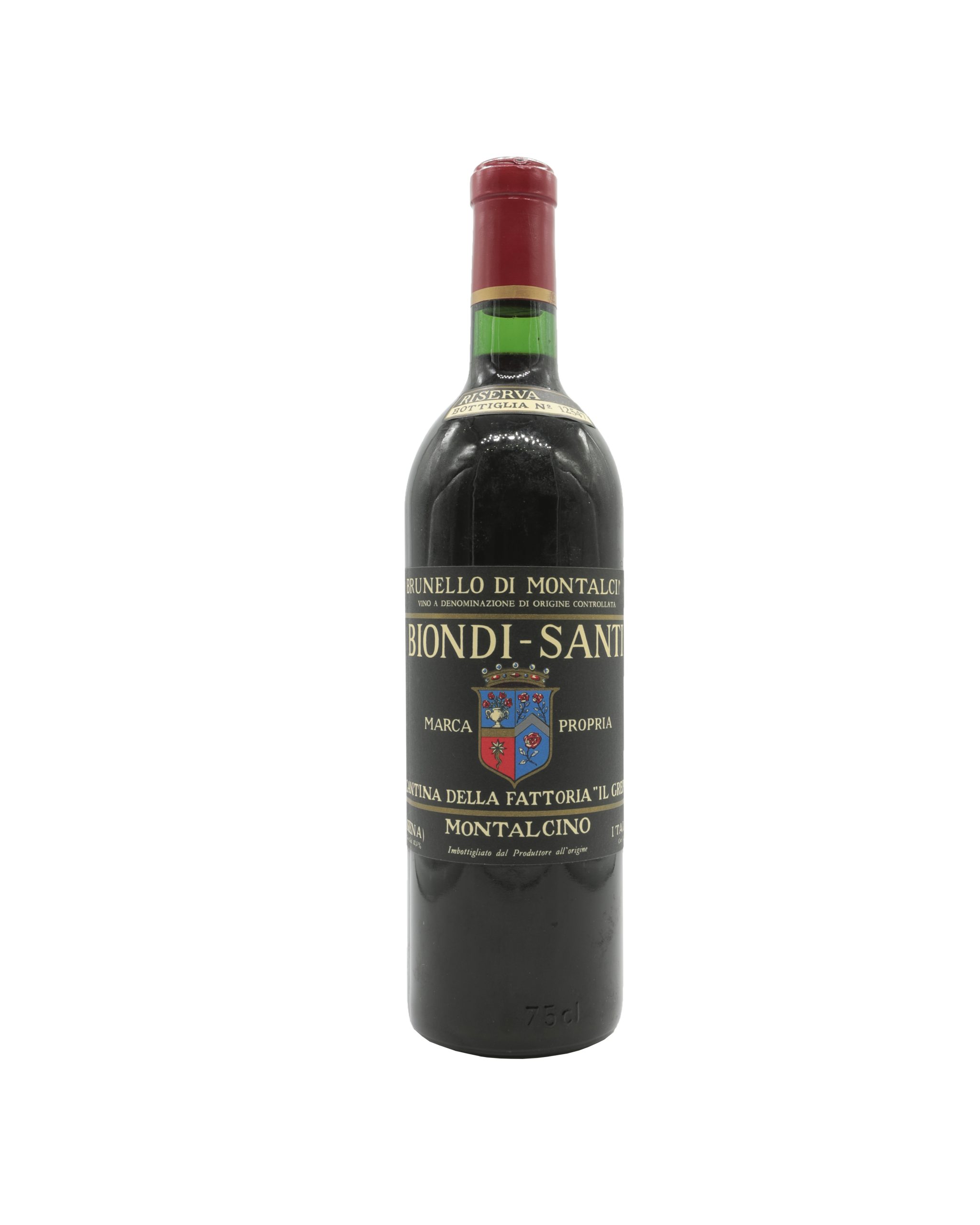 The Biondi Santi are one of the noblest families of Italian enology, with a history that has continued for centuries and is inextricably linked to an absolute legend, Brunello di Montalcino. In the mid-19th century, Clemente Santi started producing single-varietal wine from Sangiovese and passed on his enological and scientific genius to his nephew Ferruccio Biondi Santi. In 1888, he produced the first bottle of Brunello di Montalcino, following extremely strict quality standards, further raised by his son Tancredi, a nationally renowned wine expert.

The 1970s saw the arrival of Franco Biondi Santi, the “gentleman of Brunello”: an enologist like his father, he carried on his winegrowing and winemaking practices, seeking at the same time even higher levels of quality and embodying a tireless promoter of the success of Brunello di Montalcino Biondi Santi throughout the world. The 1955 Riserva was listed by “The Wine Spectator” as one of the 12 best wines in the world of the 20th century, while the 1964 Riserva was chosen by Bibenda as the best Italian wine of all times for the occasion of the 150° Anniversary of Italy’s unification. 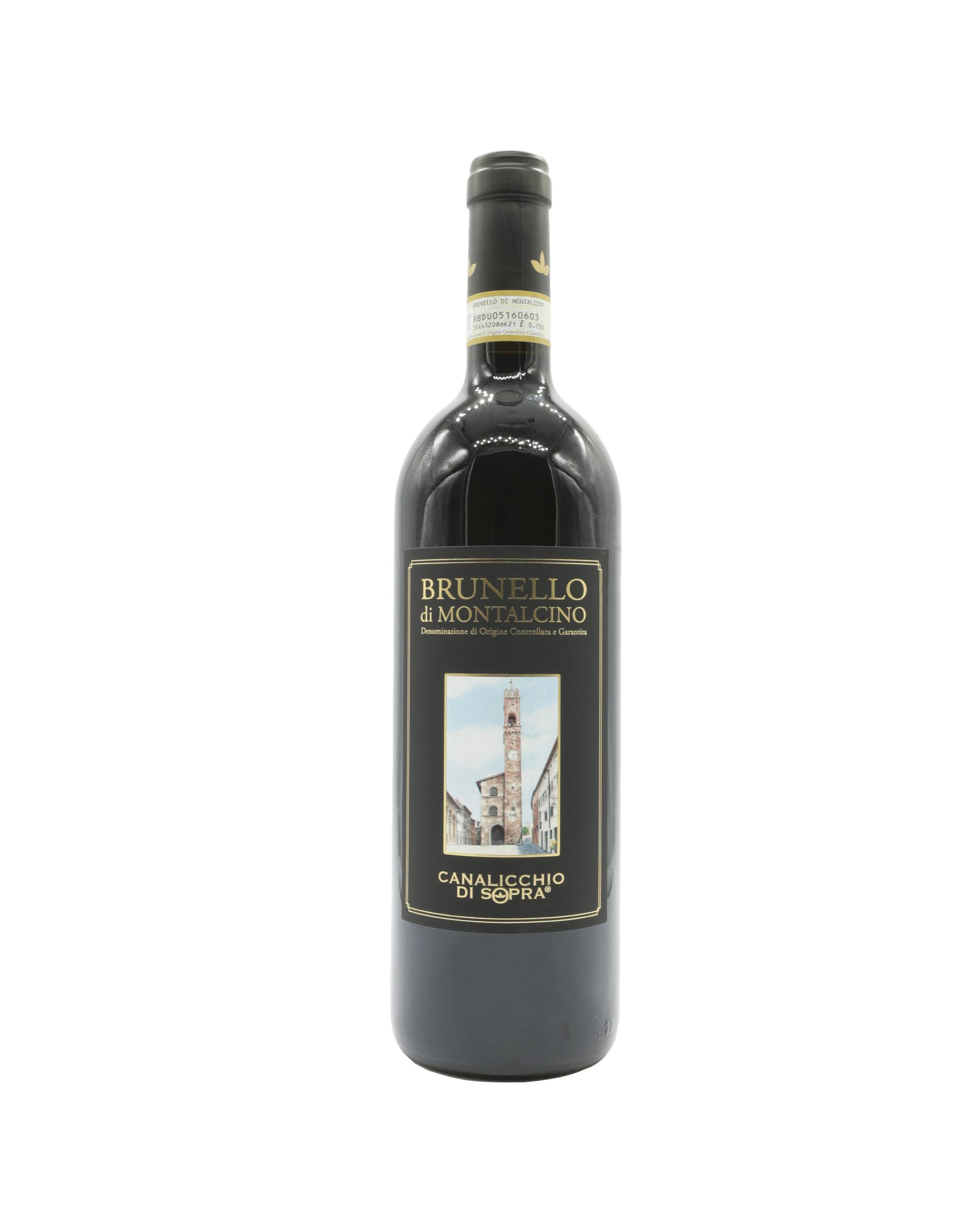 The winery was born in 1962 from the vision of Primo Piacenti, who significantly contributed to the history of Brunello, and it is still a family-owned company, now at its third generation. The proprietary vineyards extend over the Montalcino hills where different exposures and fresh breezes guarantee the perfect grape ripening. Elegance is the essence of Canalicchio di sopra’s productive philosophy. 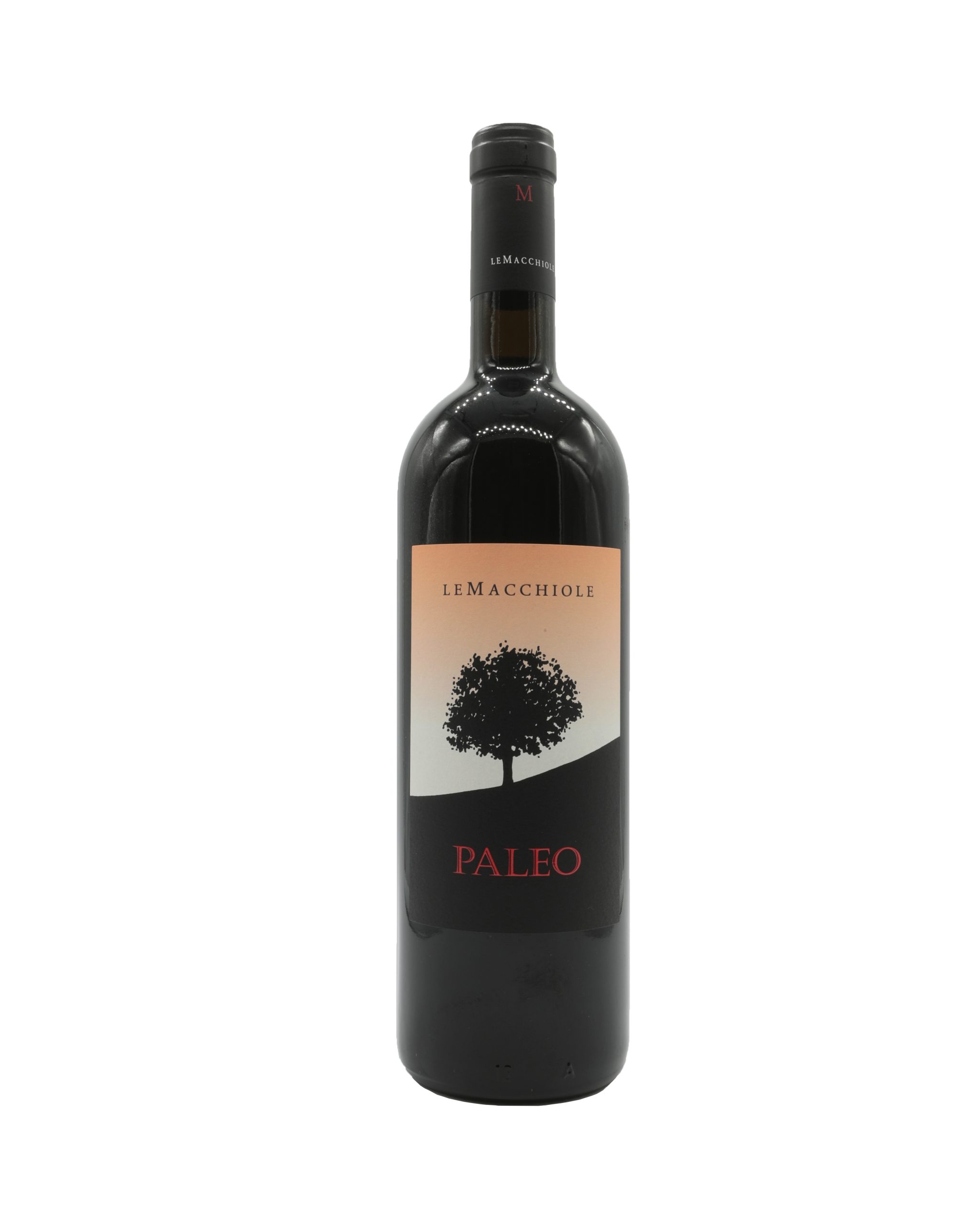 The history of Le Macchiole is a tale of a few hectares of vineyard that quickly became a point of reference in Bolgheri, one of the most important winegrowing areas in Italy, also gaining relevant international recognition. Their experimental and creative approach in the vineyard and in the cellar do not compromise with the respect for nature and tradition. 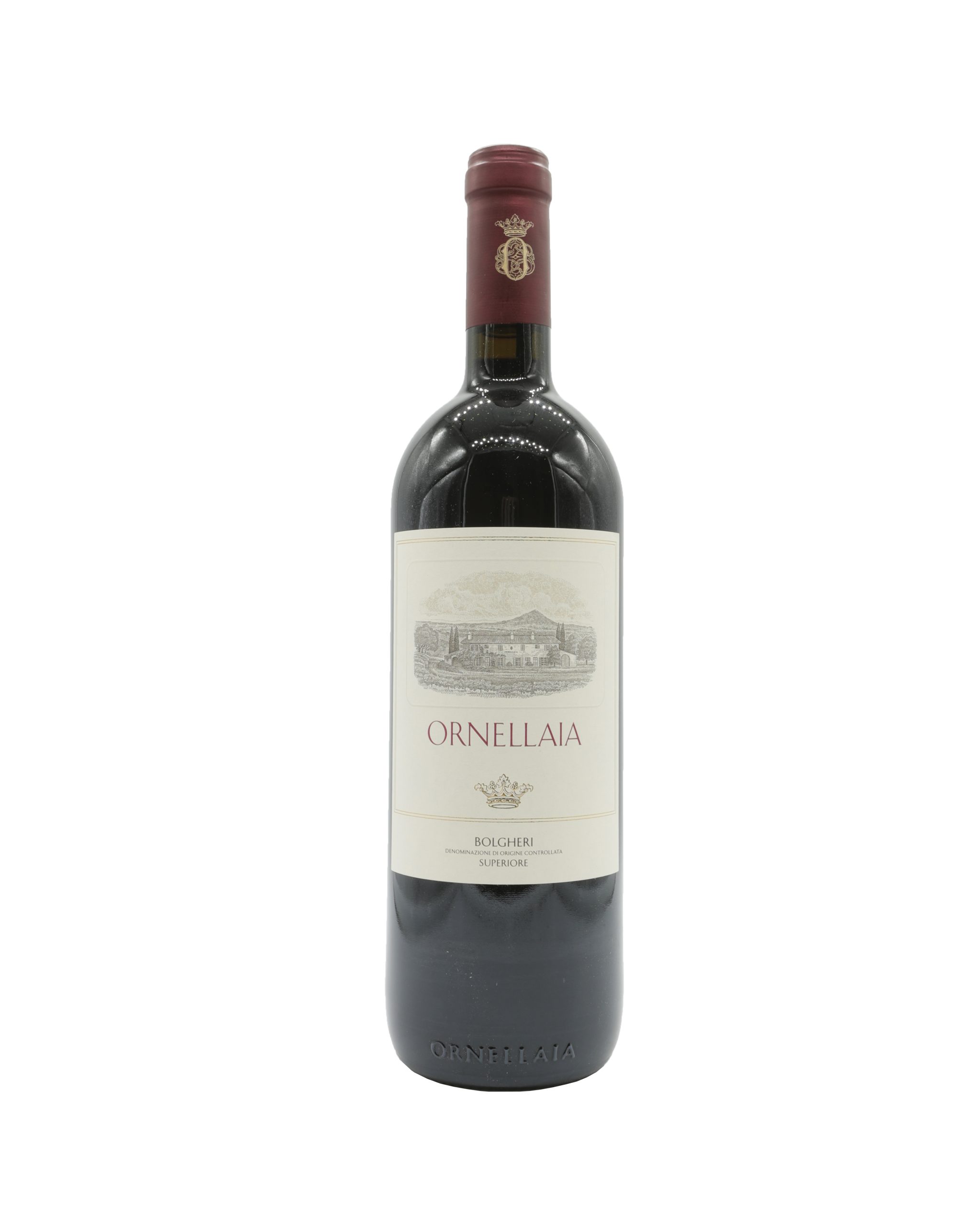 For 700 years, the Frescobaldi family has combined an extraordinary tradition with the highest quality, protecting and celebrating the diversity of Tuscany’s terroir in its estates. In 2005, Marchesi de’ Frescobaldi acquired the full property of Tenuta dell’Ornellaia, appointing Axel Heinz as winemaker in the pursuit of absolute excellence. Today the production includes the historic Bolgheri Superiore Ornellaia, a classic Bordeaux blend, Masseto, a very rare single-varietal Merlot produced in limited quantities, Bolgheri Rosso Le Serre Nuove, the easy-to-drink Le Volte, white wine Poggio alle Gazze and lastly Ornellaia Bianco, a blend with a majority of Sauvignon Blanc coming from three small vineyards that have demonstrated their remarkable capacity to express the unique character of Ornellaia. 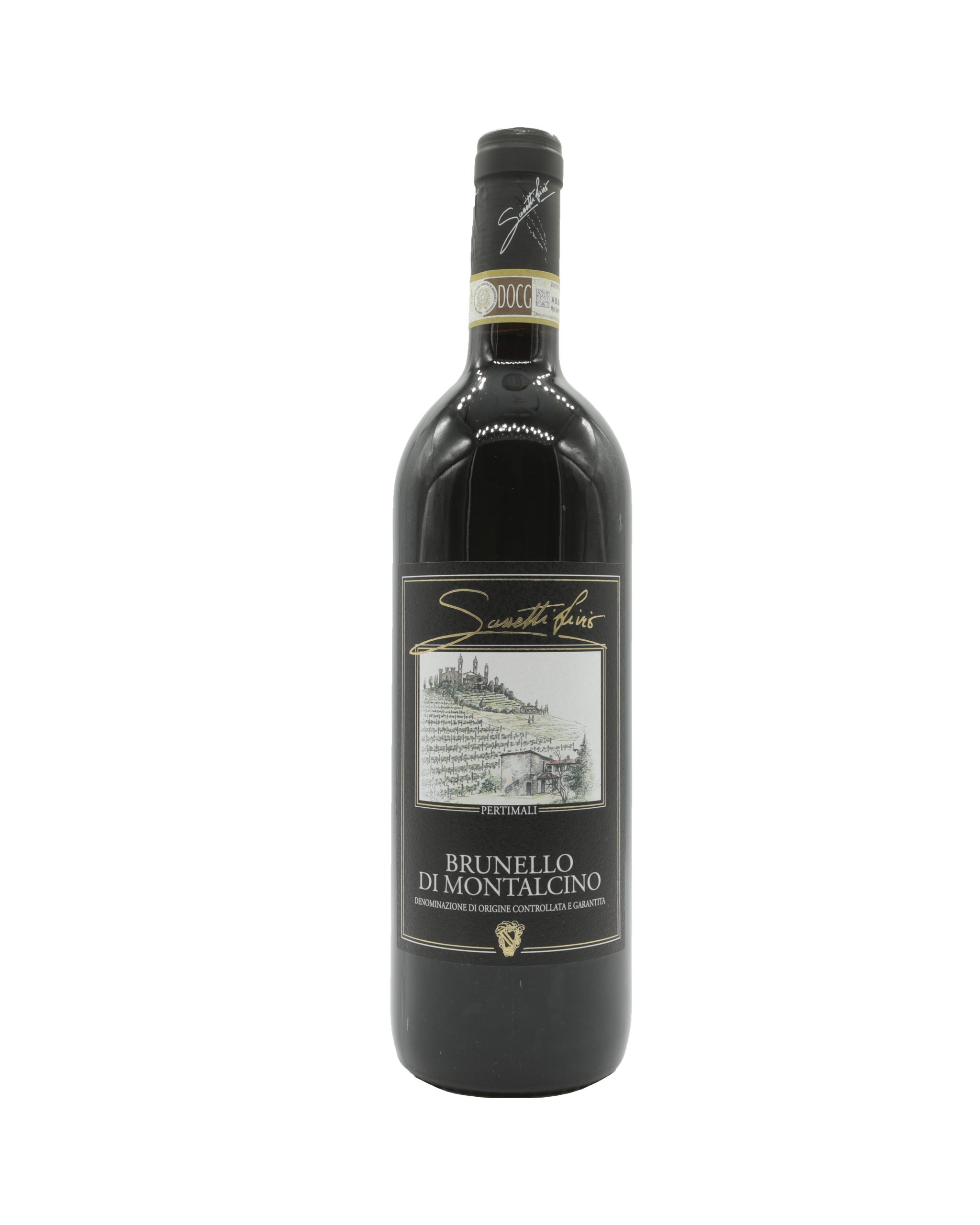 The family of Livio Sassetti has been producing wine for many generations on its 16 hectares of vineyards located in the Montosoli area, north of Montalcino. The area is particularly well known for the cultivation of the Sangiovese and it is where the family produces their Brunello, famous for being among the finest wines in the world. Over time, Livio has renewed the estate, remaining faithful to the genetic heritage of the old vines and fully preserving their characteristics. In 1968, he built a terracotta wall in his cellar to preserve the company’s historical vintages. Today, the collection consists of almost 1000 bottles, including one dated 1915 up to the current production. 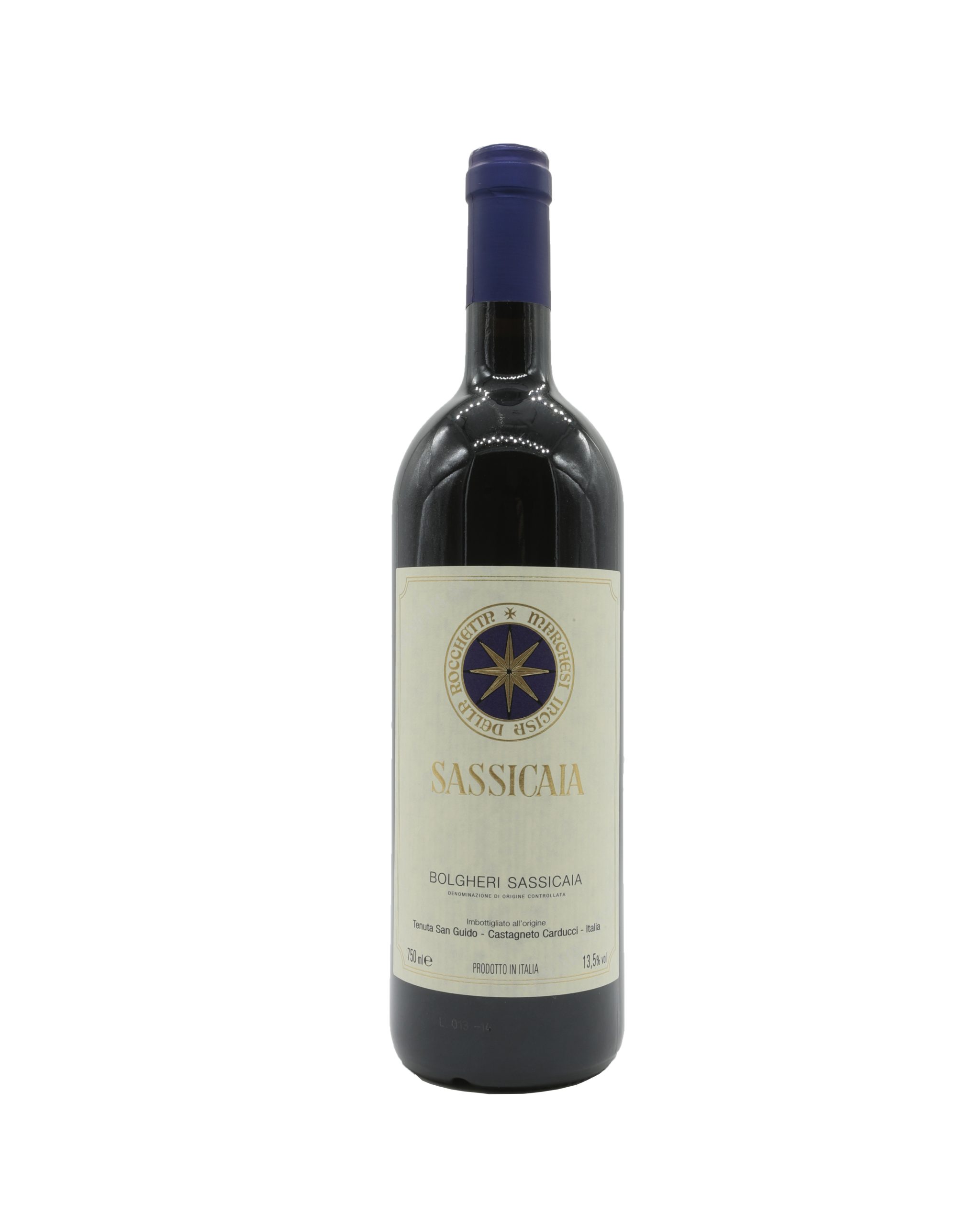 In the wine world, Tenuta San Guido is commonly associated with Sassicaia, a red wine that has become an icon of the Italian production. In 1943, Mario Marchese Incisa della Rocchetta returned to his family’s estate in Bolgheri and in 1944 planted the first French Cabernet Sauvignon vines, establishing his vineyard in a steep, stony area, then called Sassicaia. In 1968, a few thousand bottles of Sassicaia were produced and refined in the Antinori cellars thanks to the skilful hand of their enologist, Giacomo Tachis. Today, the latest vintages have reached the top of critical rankings in the most prestigious guides.

Rural tradition and respect for the land are the cornerstones of Tua Rita in Suvereto, located in the heart of the Val Cornia: from a few hectares of land rich in micronutrients and an overwhelming passion for wine stems an internationally renowned production. Tua Rita was also ranked by the prestigious magazine Revue Du Vin De France among the the top 100 wineries in the world. 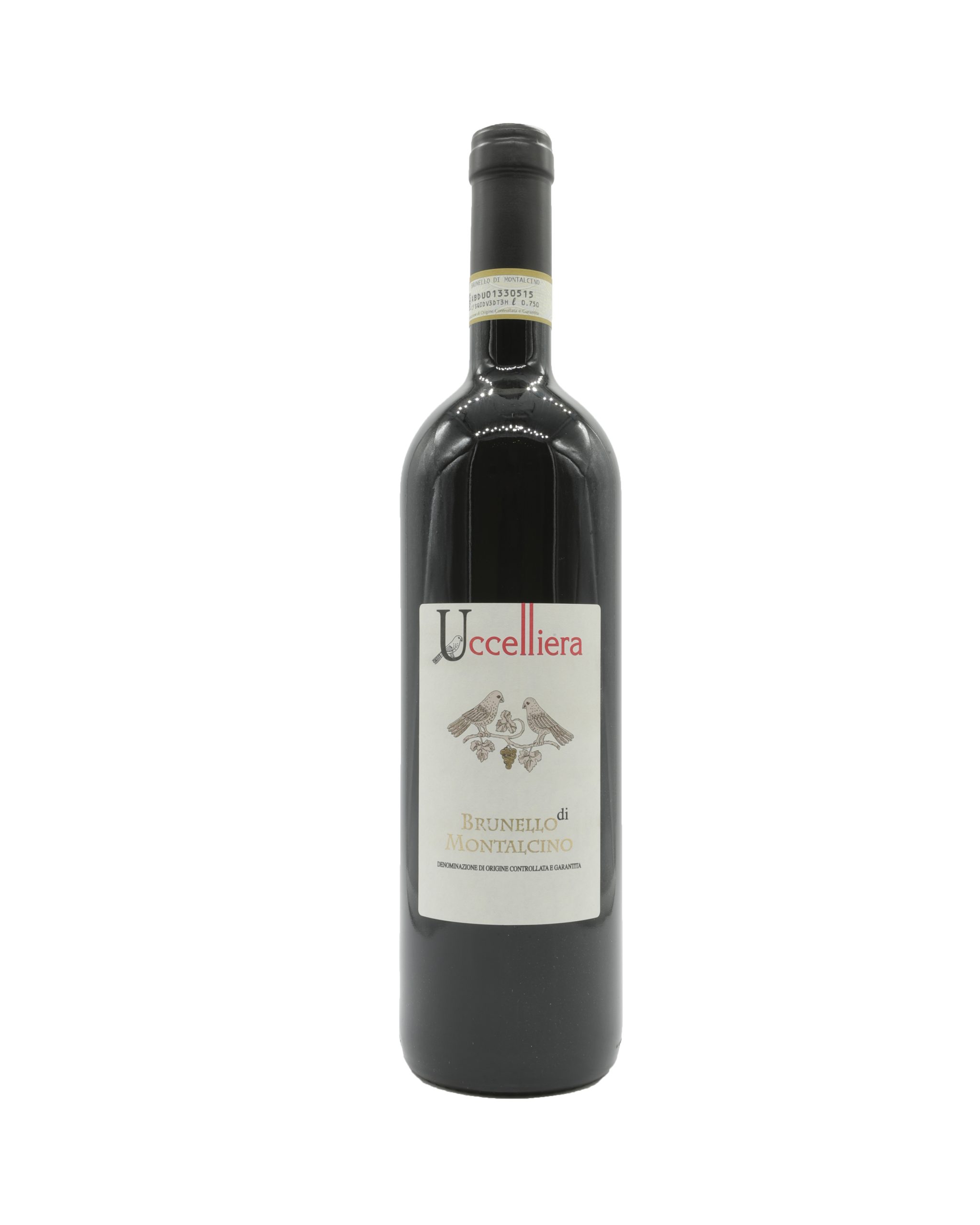 The Cortonesi family is rooted in the territory of Montalcino, in the hamlet of Castelnuovo dell’Abate, where in 1986 Andrea decided to acquire a farmhouse with propriety and spontaneously dedicate his life to winegrowing and olive cultivation. As the years went by, Andrea made the necessary improvements to the property, predominantly dedicated to viticulture, and maintained its original name “Uccelliera” (bird house). This process allowed expanding the production, retaining at the same time the characteristics of the old farmhouse through a meticulous restoration. 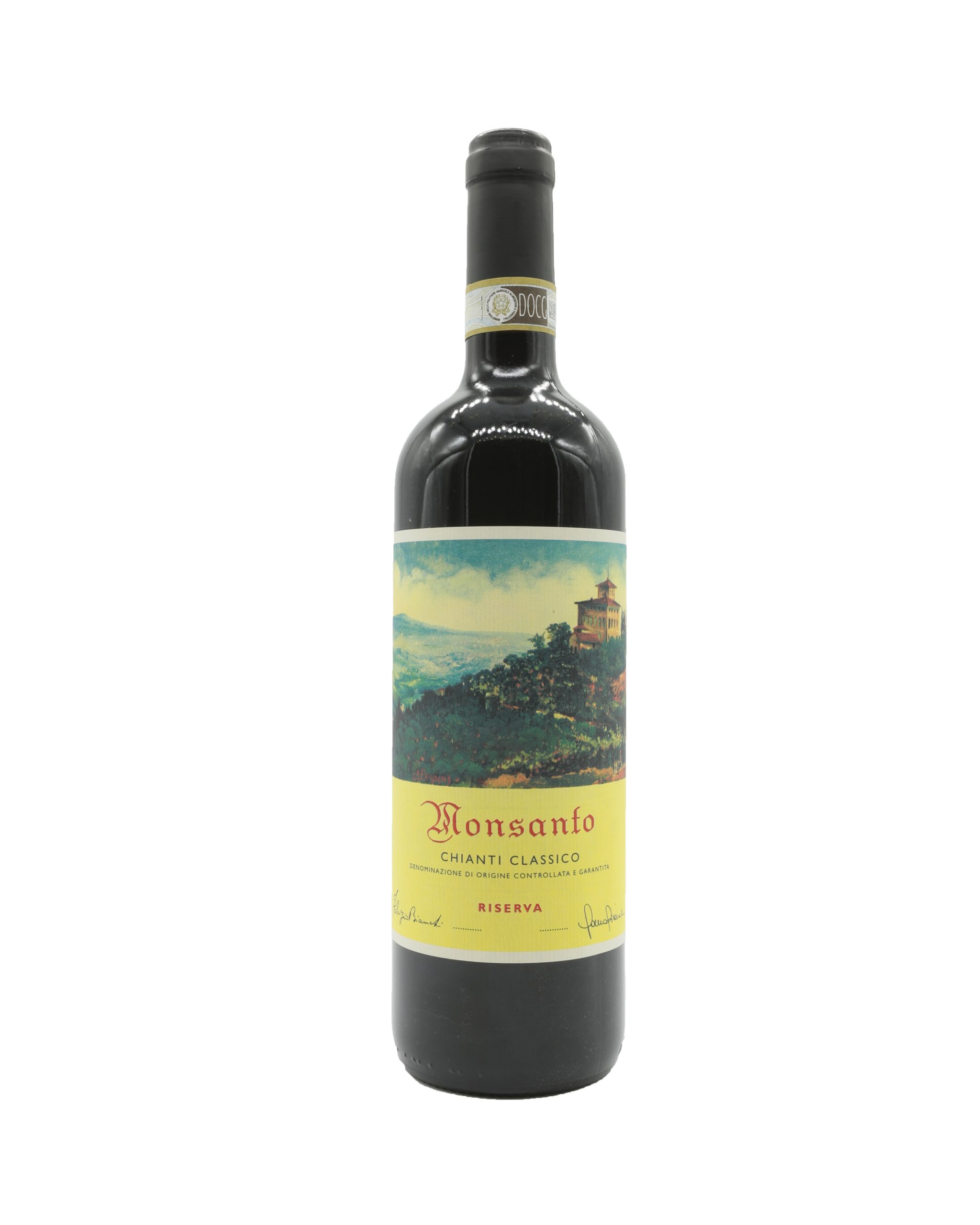 Since 1962, the Bianchi family has been making wine from the the grapes of Il Poggio, a vineyard in Val d’Elsa, where the 18th century cellar of the Castello di Monsanto is located. Castello di Monsanto is a majestic place built on schist and tuff soil that create an inimitable terroir, together with the Mediterranean scrub and the fresh breeze blown in from the sea. 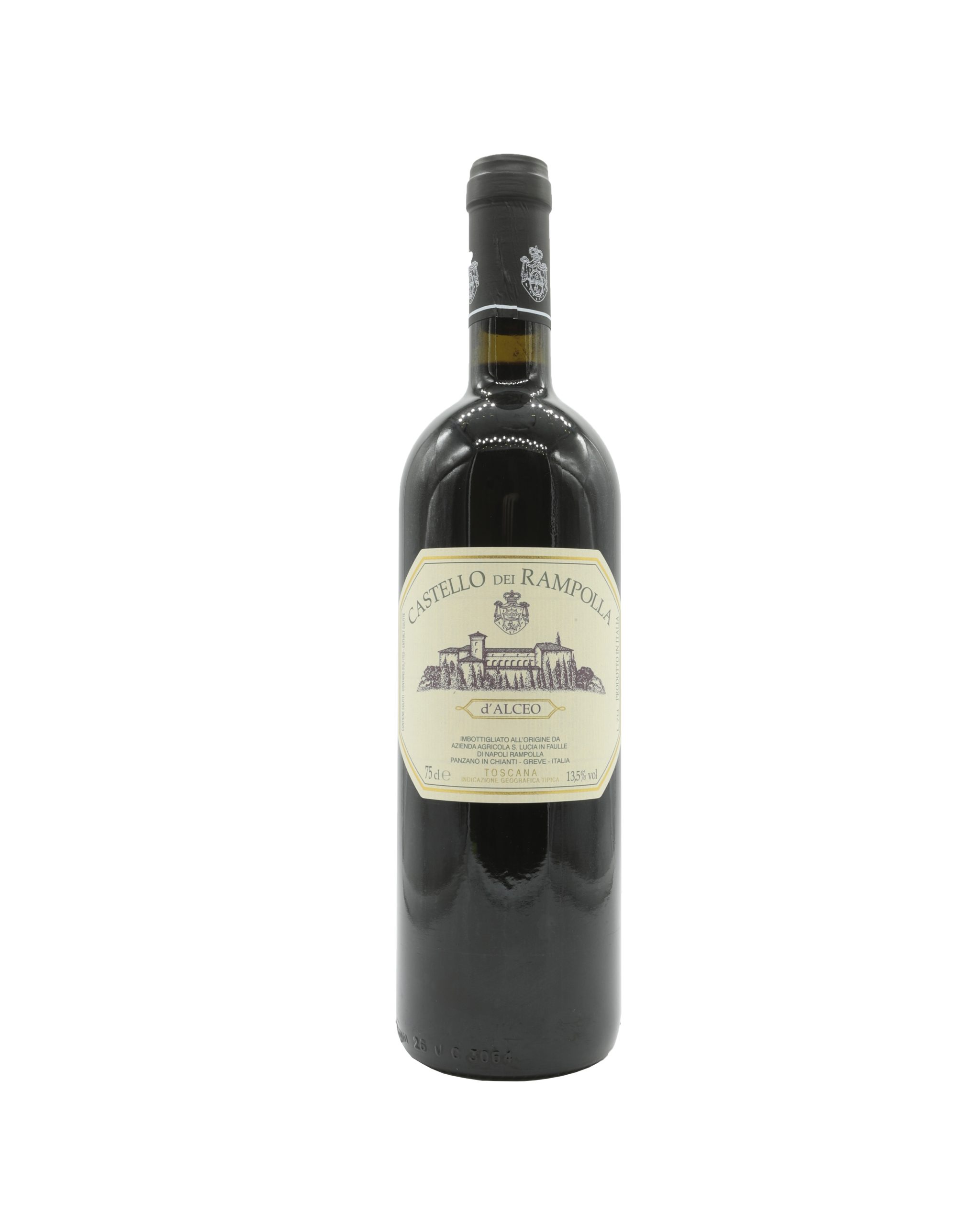 Castello dei Rampolla is a family-owned winery established in the Conca d’Oro valley, south of Panzano in Chianti, a renowned land for the production of Sangiovese and Chianti Classico. Today Luca and Maurizia, faithfully following the principles of biodynamic agriculture, run the farm. All operations in the cellar are geared to preserving the original quality of the grapes and ensuring the wine is infused with the distinctive character of the land. The Sangiovese is fermented in terracotta amphorae and without added sulphites, while the vinification of the other grape varieties occurs in concrete tanks. The wine is aged in barrels for twelve to eighteen months, depending on the type of wine. 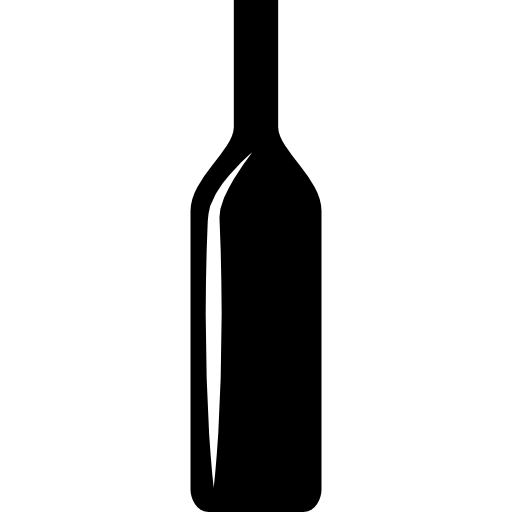